Build A Great Immunity From Heroes In Your Kitchen 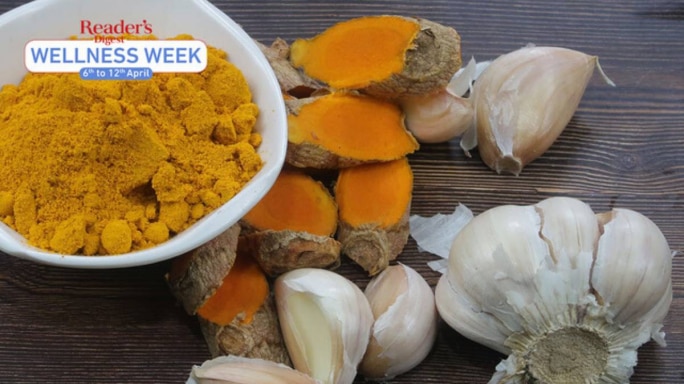 Immunity is the buzzword right now. From Wuhan to Washington D.C. and Italy to India, all we see, hear or read about is how to boost one’s immune system and fight the onslaught of COVID-19. Indeed, the coronavirus crisis has renewed everyone’s interest in the body’s natural defence system once again. Luckily for us, the Indian kitchen is home to multiple simple remedies that can come to the rescue.

Turmeric: It is rich in antioxidants and has anti-inflammatory properties. Its most active compound is the yellow-orange component curcumin, which is known for modulating the immune system. Always add black pepper to it for the better absorption of curcumin. You can replace your caffeine-based hot beverage with turmeric milk or add an inch of grated raw turmeric to a tsp coconut oil with black pepper and consume it empty stomach.

Star Anise: With its anti-viral properties, this one-of-a kind spice is really the star of the season. It is used to extract shikimic acid a medical compound, which makes this spice a natural flu fighter and is even used in flu medications like Tamiflu.It can help in reducing muscle aches and fatigue, in case you are feeling under the weather. You can brew a hot tea by boiling 2-3 pieces in a cup of water.

Mulethi: It’s an age-old remedy used by our grandmothers for sore throat. It helps in keeping the respiratory tract healthy and relaxes bronchial muscles, which can aide in breathing better. Make an aqueous solution by boiling the root in water, you can add one tsp ginger juice to reduce cough.

Cinnamon: It is loaded with antioxidants that support immune response. Cinnamaldehyde, an active component is responsible for fighting infections especially in the respiratory tract. However, be careful with sourcing the right kind, Ceylon cinnamon which is known to be the true cinnamon as opposed to commonly found Cassia cinnamon.

Garlic: A promising home remedy for preventing common cold and even reducing the severity of symptoms if you do catch the flu. It contains allicin, a sulphur containing active component, which gives garlic its distinctive aroma. Allicin has shown to increase the disease-fighting response of our body once under the virus attack. In order to maximize the benefits, crush the garlic and keep it for 5-10 mins before consuming or cooking it.

Lovneet Batra is a clinical nutritionist